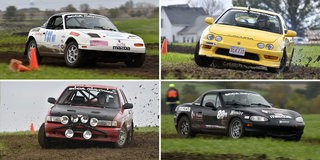 The 2018 RallyCross TripleCross winners are as follows:

RallyCross TripleCross winners receive a special trophy for their achievement.  Kudos to all four of this year’s winners.